The ABCs of Behavior 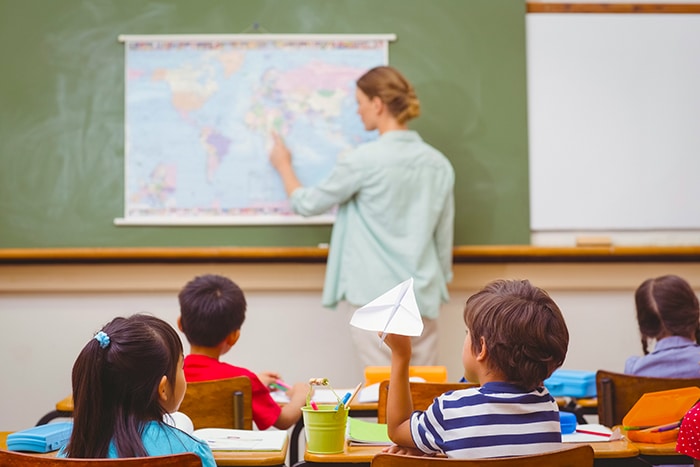 What are the ABCs?

The “A” in the ABCs stands for antecedents. An antecedent is something that occurs right before the disruptive behavior occurs.

The “B” stands for the behavior itself, the one that you find yourself having to frequently correct. The behavior is what a student does or says.

The “C” stands for consequence. The consequence is something that happens right after a behavior. It may be naturally occurring or how adults and/or peers respond to the behavior.

Let’s look at an antecedent, behavior, and consequence together in an example.

A: The teacher gives the class an independent assignment

B: The student Johnny sits at his desk and draws instead of working

C: The teacher engages in a back and forth conversation with Johnny until the bell rings

Collecting information about the ABCs

In order to develop a comprehensive plan to address Johnny’s behavior, the teacher would need to first collect information about what Johnny is doing, when he is doing it, and how the adults and peers around Johnny react to his behavior. In other words, they need to collect data on the ABCs. Collecting ABC data can be accomplished by using a teacher-developed data collection sheet (available for download below). Here is an example of a blank data collection table format that can be used to track ABC data:

Here is an example of a data collection table format that has been completed:

Collecting data using this method can help you to see what is happening before and after a disruptive behavior occurs.  In this example, Johnny does not comply with the teacher’s requests or the antecedents to the disruptive behavior at any point. Instead, he draws, talks to peers, and puts his head down. The consequences, as shown by the teacher’s responses to his behavior, include arguing, Johnny getting individual instructions, and Johnny ignoring the teacher.

Gathering information on the data collection sheet can help you examine behavior in more depth. Seeing the behavior in more depth leads to asking more questions about it, like “Why is Johnny behaving this way?” and “What can I do to address this behavior more effectively?“ Answering those two questions are part of the next steps in creating a plan to address Johnny’s behavior.

If you have recognized the need to be more proactive with a student’s behavior, you are on the right track by choosing to learn about the ABCs of behavior. Learning about the ABCs of behavior helps you to see more than just an isolated behavior. It helps you to look at behavior in more depth and start asking questions about why the behavior is occurring and what you can do about it. If you are interested in learning the next steps to using the ABCs of Behavior in your classroom, you may want to consider our full course: Using the ABCs to Reduce Unwanted Behavior in Your Classroom.

Now it’s time to start collecting ABC data in your classroom. You can start by identifying a student who is being disruptive in your classroom.  Next, create your own data collection sheet and determine when you are going to observe and record the student’s behavior. You can prepare by using the Guide to Collecting ABC data to help you design a thorough plan for collecting your data. Collect data on one student over a two-week period with a minimum of 3 sessions per week and review the data you have collected with another teacher. You are on your way to improved behavior in your classroom. 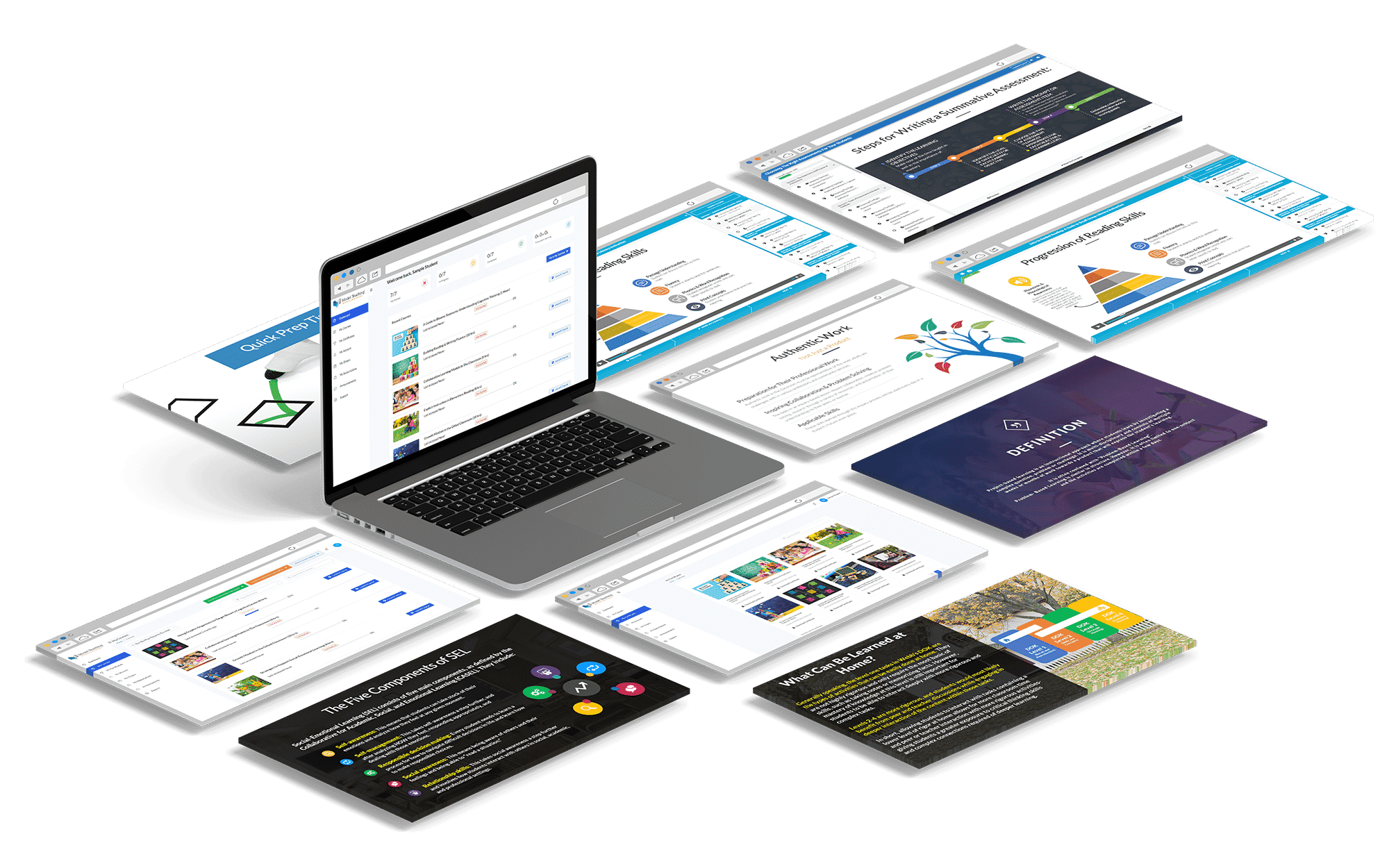 (8 Hours) This course will provide you with a detailed overview of social-emotional learning (SEL) and the value of incorporating SEL into the classroom to help improve academic success and emotional intelligence.

(14 Hours) In this course, participants will learn how to analyze grade-level expectations during the lesson planning process, in order to select the appropriate methods of differentiation for a range of student types, including students with disabilities and special needs. This course will cover how to effectively use Bloom’s taxonomy and Webb’s Depth of Knowledge to maintain appropriate levels of rigor when planning differentiated lessons and explain various methods of assessment and documentation. 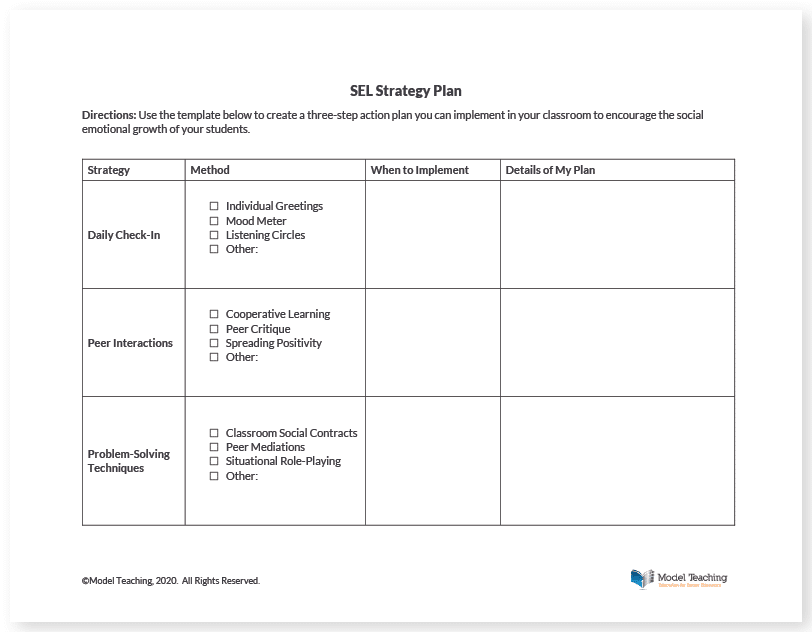 This tool will allow teachers to plan for three basic activities they can implement on a regular basis in their classroom to encourage the social-emotional growth of their students.

Instructions for Use: Use the template below to create a three-step action plan you can implement in your classroom to encourage the social-emotional growth of your students. Students can use this Mood Meter to identify their emotions throughout the day and use it as a tool to discuss their feelings. 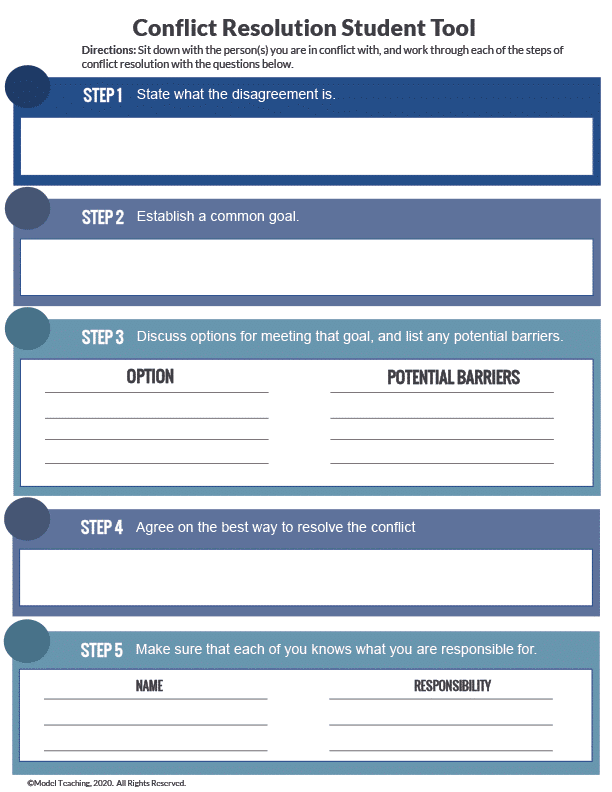 Students can use this resource when they have a conflict with another student to work through the five steps of conflict resolution.

Instructions for Use: Sit down with the person(s) you are in conflict with, and work through each of the steps of conflict resolution with the questions below.